Brazilian artist Vik Muniz is famous for using materials such as chocolate sauce, sugar, dirt, and cotton wool to create fleeting images which live on in the photographs he takes. In Medusa Plate he re-creates Caravaggio’s Medusa, rendered in pasta marinara. He describes himself as an alchemist who makes visual magic out of the mundane. 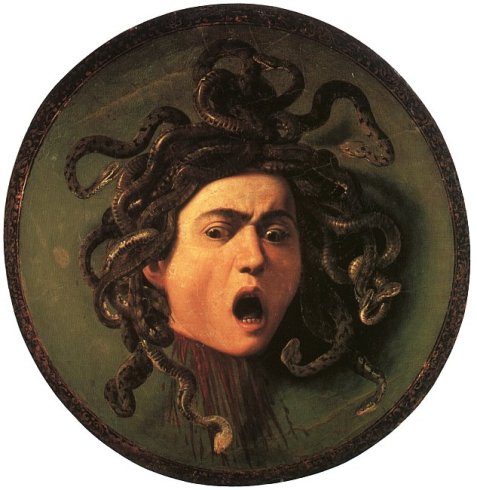 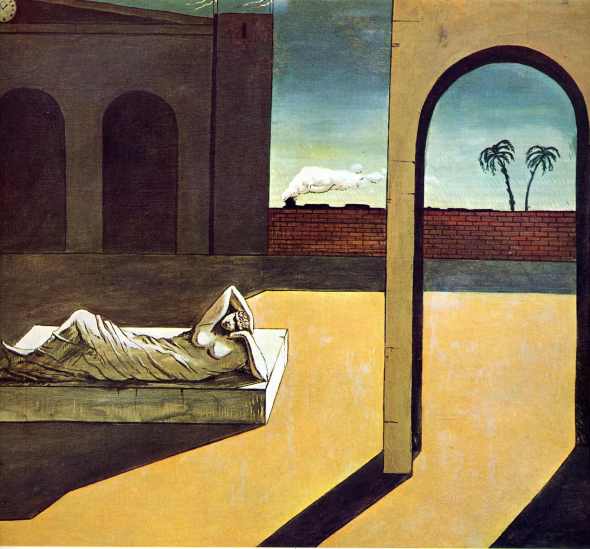 This painting is one of a series of melancholic cityscapes that de Chirico painted featuring a lone statue in a deserted Italian piazza. The antique statue represents the sleeping Ariadne, who according to Greek mythology was abandoned by her lover on the desert island of Naxos. The confrontation of the classical world with a modern steam engine in the distance creates an uneasy ambiguity of time and space.

(From Philadelphia Museum of Art)