The Parakeet and the Mermaid

‘It was like drawing, but with scissors… there was sensuality in the cutting’

La Perruche et la Sirène (The Parakeet and the Mermaid) is one of the greatest examples of Henri Matisse’s cut-out works. The cut-out is technically related to the collage. Matisse executed this work by snipping forms from paper coloured in one hue. The total work contains cut-out forms in contrasting colours on a white surface. He began this method in 1940, but in his last years this medium dominated all his work. The imagery of this piece consists of leaves, pomegranates and two forms that appear only once. These two forms represent a parakeet on the left and a mermaid on the right side, from which the title of the work derives. The space surrounding the objects is just as important as the objects themselves. Matisse created this monumental cut-out while recuperating from a major operation which prevented him working in his studio. Consequently Matisse referred to this work as ‘a little garden all around me where I can walk’.

Text from The Stedelijk Museum Amsterdam 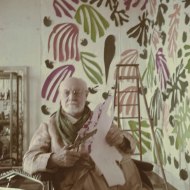 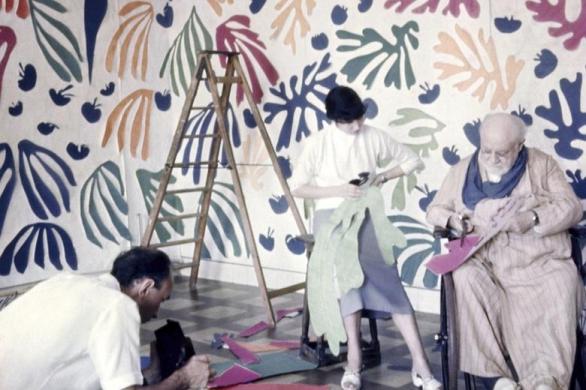