Californian artist John Baldessari is known for his film, photography and painting since he started working in the 60’s. In the late 70’s and 80’s he began to use other peoples’ photographs in his own work and use film stills from old Hollywood films. He gathered images in abundance and used them to create photo collages, experimenting with the juxtaposition of images to explore the nature of communication and perception. Baldessari’s arbitrary juxtapositions make us question how we read images. 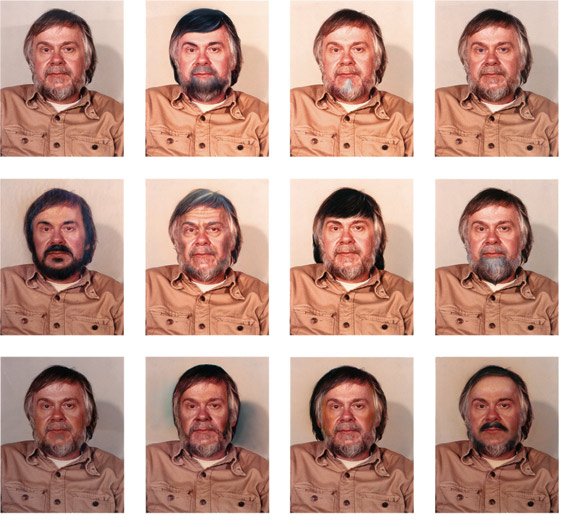 Portrait: (Self) #1 as Control + 11 Alterations by Retouching and Airbrushing. John Baldessari. 1974.

Concerning Diachronic/Synchronic Time: Above, On, Under (with Mermaid) 1976: The pictures stacked vertically represent events taking place simultaneously (synchronically) while those juxtaposed horizontally represent successive instants (diachronically). But only the middle pair adhere to this rule, showing a boat moving across the horizon. On the other in hand, the others are formal rhymes, in the pair at the top a plane turns into a bird and in the pair at the bottom a submarine turns into a mermaid. The middle images can be read in terms of narrative while the others must be read in terms of association. 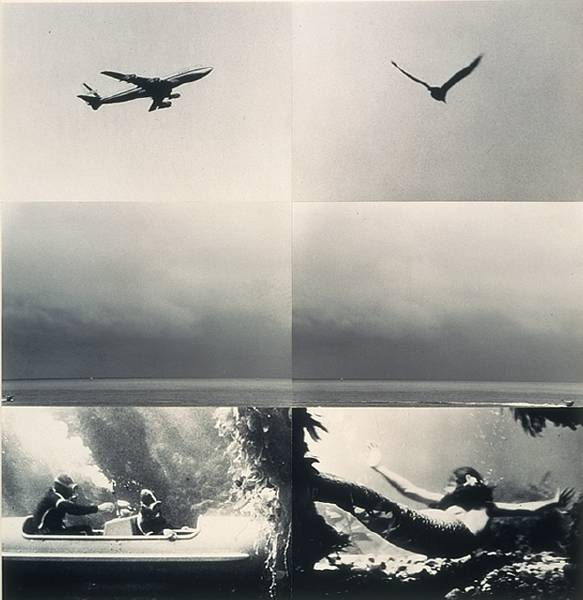 Concerning diachronic/synchronic time: above, on, under (with mermaid). John Baldessari. 1976

Violent Space Series: Nine Feet (of Victim and Crowd) Arranged by Position in Scene, 1976: Everything is hidden except for the circles which reveal people’s feet. The arrangement of the feet, in conjunction with the title, suggests that this is the scene of a crime where a crowd of curious onlookers are standing around a figure lying on the ground (evidently the victim). It’s amazing how much we can read in an image with such little information.

Kiss/Panic, 1984: photographs of hands holding revolvers frame two central images, one a panicked crowd scene and the other an intimate kiss, offering two extremes of human emotion: fear and passion. All the photographs are in black and white except the one of the kiss. The menacing mood created by the pointing guns connotes a certain anxiety about intimacy while the kissing mouths suggest a warmth of human feeling in the midst of this panic and aggression.

Spaces Between (Close to Remote), 1986: collection of horizontal scenes in which the distance between two characters grows wider. Each time more imagery separates them: a bouquet of flowers, scenery, other people)

Horizontal Men, 1984: A sinister work in which images of standing men are rotated so that they appear to be lying down and stacked one on to op of the other, like a stack of bodies. Refers to the Holocaust, based on the images of bodies in concentration camps

Have you ever kissed a palm tree? 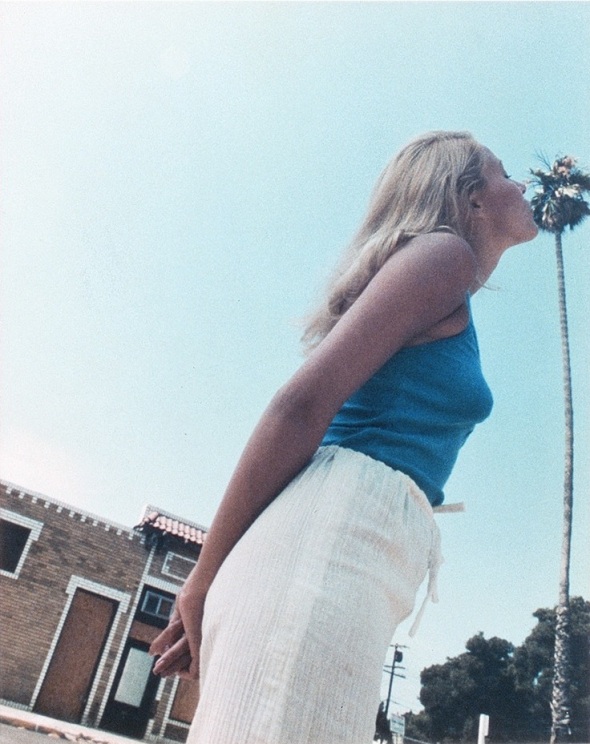 The Numinosity of Clouds

“I love the clouds… the clouds that pass…
up there… up there… the wonderful clouds!”
[The Stranger, Charles Baudelaire]

And if you’re a hard-core cloud lover, you might even consider joining the Cloud Appreciation Society!

Here’s a peek from their manifesto:

We pledge to fight ‘blue-sky thinking’ wherever we find it. Life would be dull if we had to look up at cloudless monotony day after day.

Now let’s look at some Clouds in Art:

Dutch artist Berndnault Smilde is known for his man-made indoor clouds. He makes them from a combination of “frozen smoke” and moisture and he immortalises them in photographs. 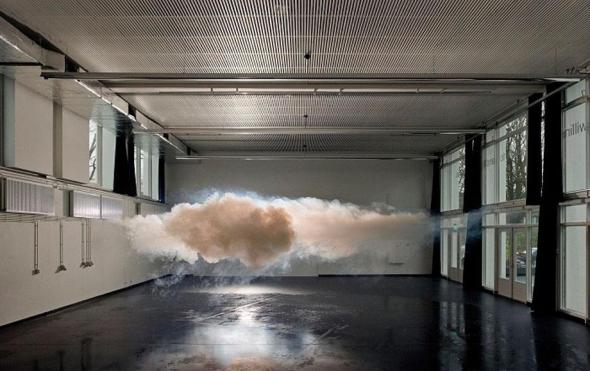 Clouds have featured in many of this Californian artist’s work. He’s represented the cloud as a brain, and he’s tried to mimic the shapes of clouds using cigar smoke.

Brain/Cloud (Two Views): With Palm Tree and Seascapes (made especially for the LACMA edition of Pure Beauty). John Baldessari. 2009.

Brazilian artist Vik Muniz created the wonderful series, Equivalents, where he photographed cotton wool clouds in various different shapes. Can you picture them in the sky? 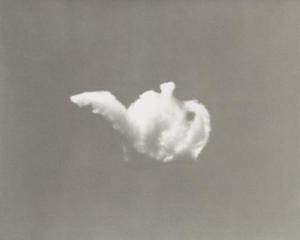 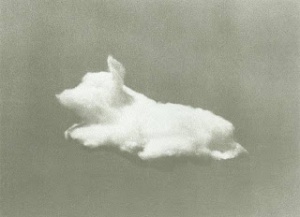 And, of course, there’s the Belgian Surrealist artist, René Magritte. Clouds were a recurring theme in his work and are said to represent the unconscious mind. He was known for his witty and thought-provoking images which challenged preconditioned perceptions of reality. 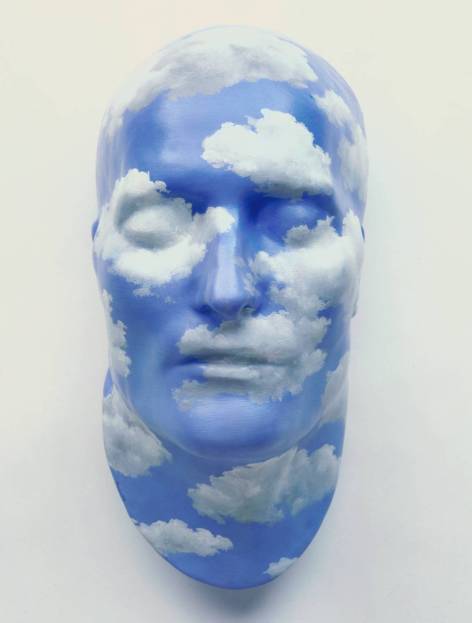