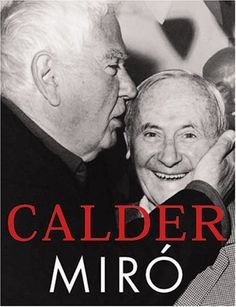 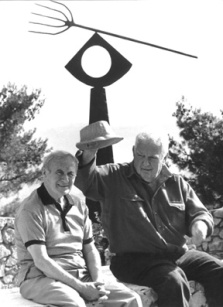 My old Sandy, this burly man with the
soul of a nightingale who blows on mobiles
this nightingale who makes his nest
in his mobiles
these mobiles scraping the bark
of the orange-coloured
sphere
where my great friend Sandy lives 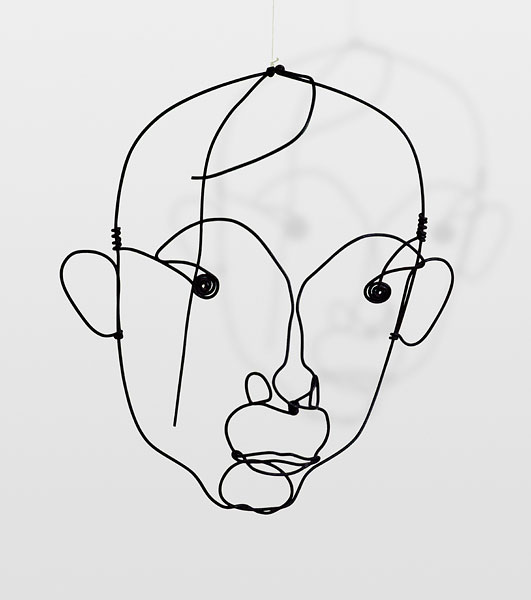 Portrait of Miro by Calder

Alexander Calder and Joan Miró first met in 1928 when the American artist visited Miró’s studio in Paris. Since then they maintained a deep and mutually inspiring friendship lasting almost 50 years during which they exchanged ideas, letters, paintings and gifts and collaborated on numerous exhibitions. There is a remarkable similarity in their creative sensibility. They were both heavily influenced by the surrealist movement, taking their inspiration from the unconscious, and applied heavy symbolism in their abstractions. They also shared a thematic interest in the circus and astrology. 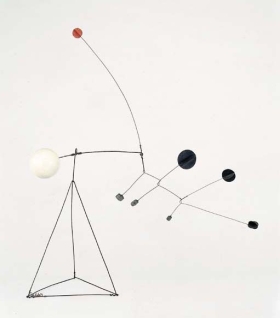 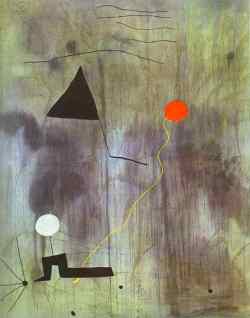 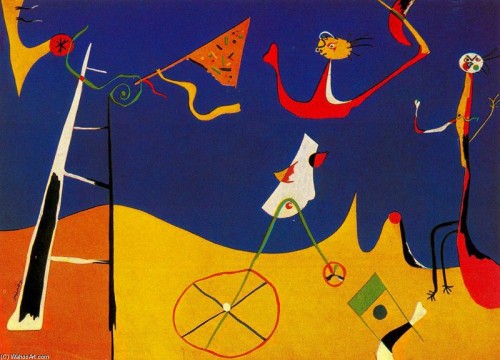 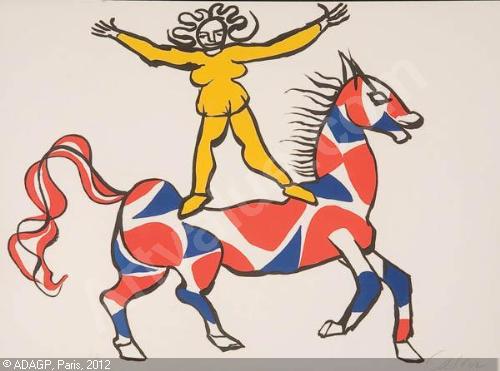 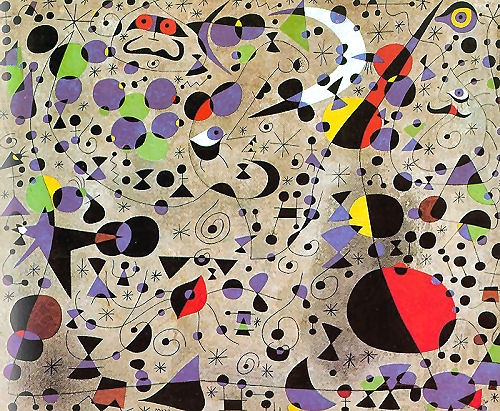 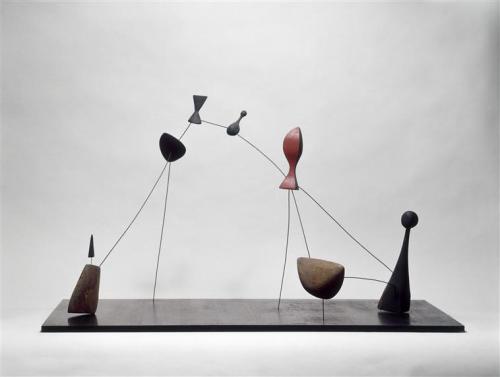 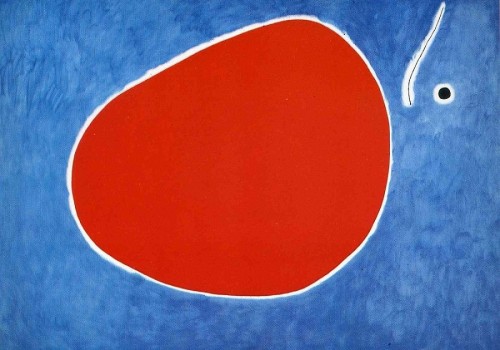 The Flight of the Dragonfly in Front of the Sun. Joan Miro 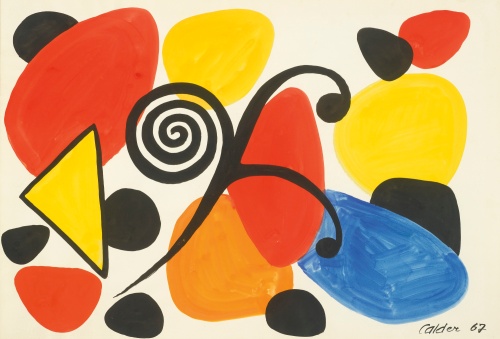