The Song of Hiawatha

Thus it is our daughters leave us,
Those we love, and those who love us!
Just when they have learned to help us,
When we are old and lean upon them,
Comes a youth with flaunting feathers,
With his flute of reeds, a stranger
Wanders piping through the village,
Beckons to the fairest maiden,
And she follows where he leads her,
Leaving all things for the stranger!

Pleasant was the journey homeward,
Through interminable forests,
Over meadow, over mountain,
Over river, hill, and hollow.
Short it seemed to Hiawatha,
Though they journeyed very slowly,
Though his pace he checked and slackened
To the steps of Laughing Water.

Over wide and rushing rivers
In his arms he bore the maiden;
Light he thought her as a feather,
As the plume upon his head-gear;
Cleared the tangled pathway for her,
Bent aside the swaying branches,
Made at night a lodge of branches,
And a bed with boughs of hemlock,
And a fire before the doorway
With the dry cones of the pine-tree.

All the travelling winds went with them,
O’er the meadows, through the forest;
All the stars of night looked at them,
Watched with sleepless eyes their slumber;

From the sky the sun benignant
Looked upon them through the branches,
Saying to them, “O my children,
Love is sunshine, hate is shadow,
Life is checkered shade and sunshine,
Rule by love, O Hiawatha!”

From the sky the moon looked at them,
Filled the lodge with mystic splendors,
Whispered to them, “O my children,
Day is restless, night is quiet,
Man imperious, woman feeble;
Half is mine, although I follow;
Rule by patience, Laughing Water!”

From The Song of Hiawatha by Henry Wadsworth Longfellow 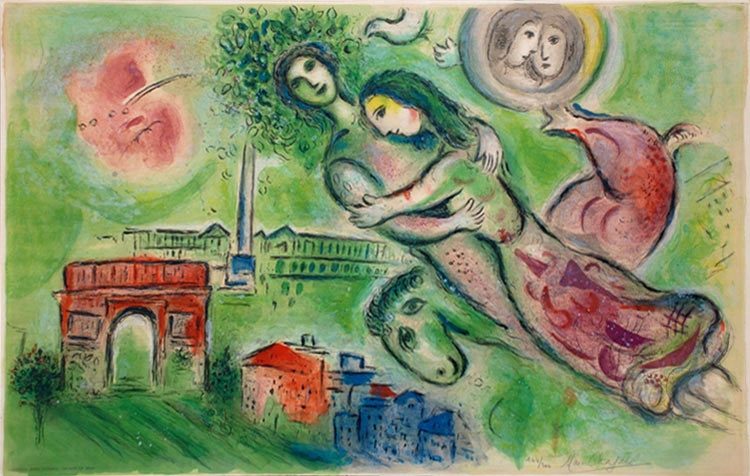 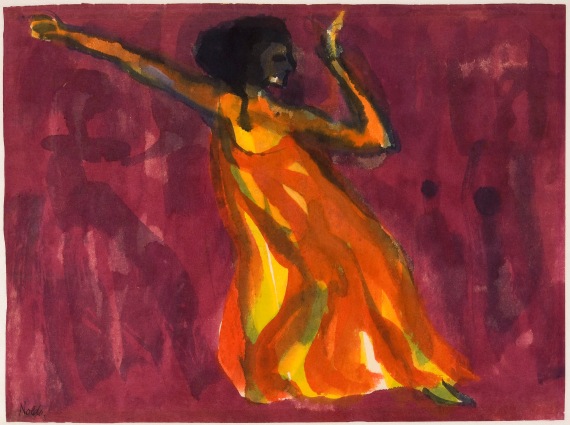 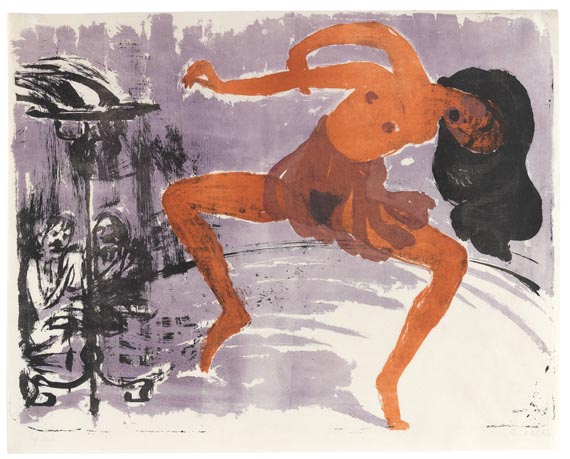 A dancer moves ecstatically, her fluttering skirt barely covering her body. For Nolde her nakedness and unabashed sexuality tapped into primal instincts, signaling an authentic form of expression and a harmony with the natural world, removed from the decadence of urban dance halls. Yet two sketchily rendered figures to the left, behind the flaming torch, place the performance within the voyeuristic context of the German stage. 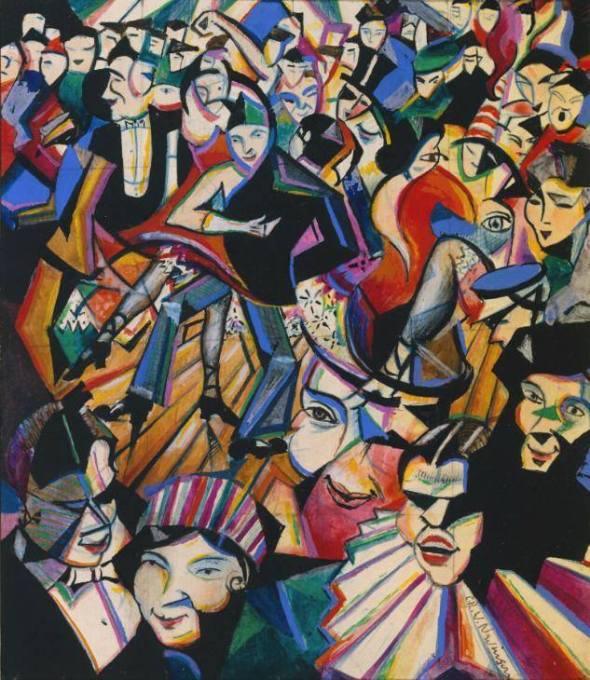 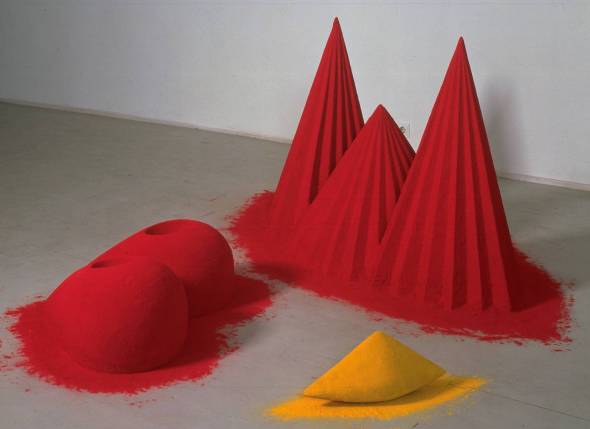 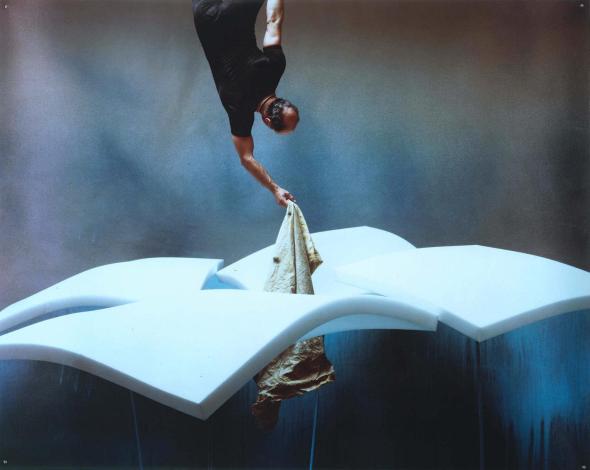 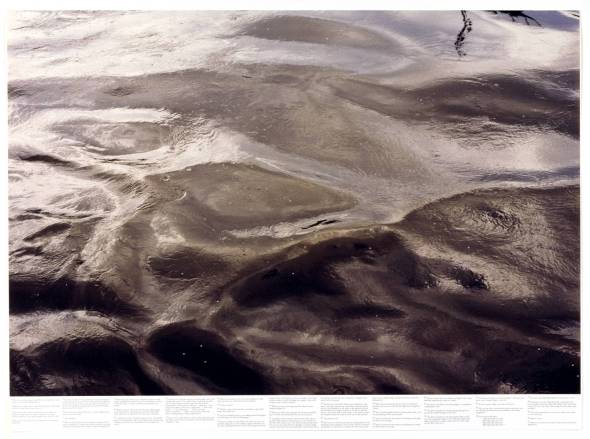 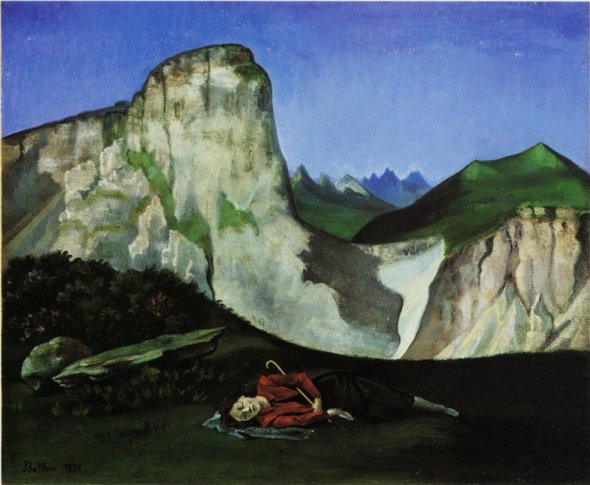 In The Unberable Lightness of Being, Milan Kundera describes an encounter between Tereza and one of her neighbours while she walked with her beloved dying dog, Karenin:

“Along the way, they met a neighbour who was hurrying off to a cow shed in her rubber boots. The woman stopped long enough to ask. ‘What’s wrong with the dog? It seems to be limping. ‘He has cancer,’ said Tereza. ‘There’s no hope.’ And the lump in her throat kept her from going on. The woman noticed Tereza’s tears and nearly lost her temper: ‘Good heavens! Don’t tell me you’re going to bawl your head off over a dog!’ She was not being vicious; she was a kind woman and merely wanted to comfort Tereza. Tereza understood, and had spent enough time in the country to realize that if the local inhabitants loved every rabbit as she loved Karenin, they would be unable to kill any of them and they and their animals would soon starve to heath. Still, the woman’s words struck her as less than friendly. ‘I understand,’ she answered without protest, but quickly turned her back and went her way. The love she bore her dog made her feel cut off, isolated. With a sad smile, she told herself that she needed to hide it more than she would an affair. People are indignant at the thought of someone loving a dog. But if the neighbour had discovered that Tereza had been unfaithful to Tomas, she would have given Tereza a playful pat on the back as a sign of secret solidarity.” 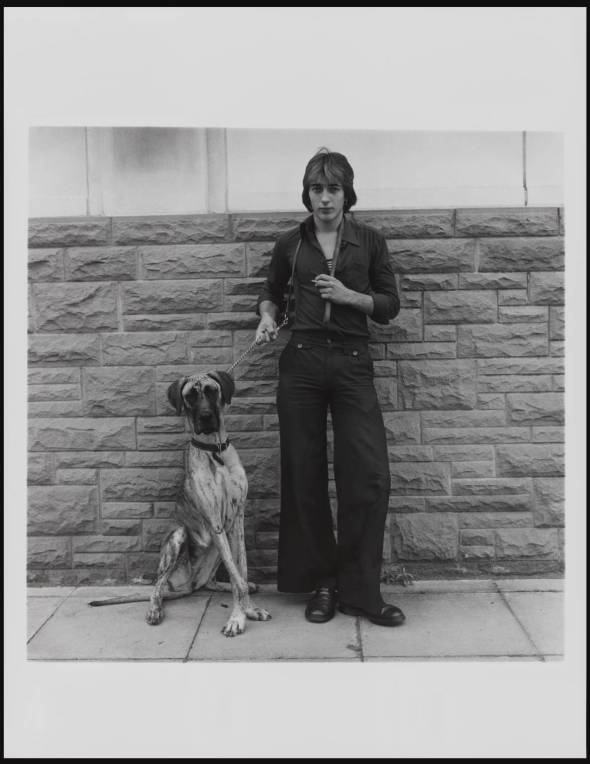 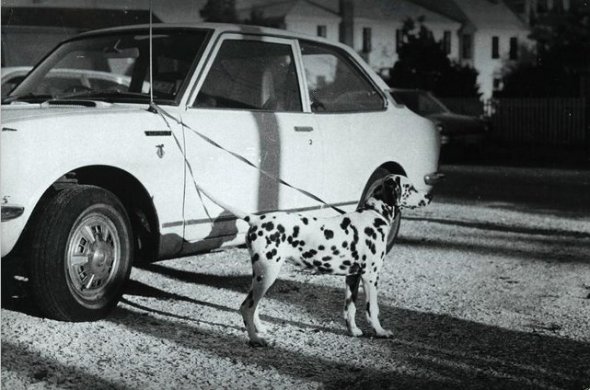 “The very beginning of Genesis tells us that God created man in order to give him dominion over fish and fowl and all creatures. Of course, Genesis was written by a man, not a horse. There is no certainty that God actually did grant man dominion over other creatures. What seems more likely, in fact, is that man invented God to sanctify the dominion he had usurped for himself over the cow and the horse. Yes, the right to kill a deer or a cow is the only thing that mankind can agree upon, even during the bloodiest of wars. The reason we take that right for granted is that we stand at the top of that hierarchy. But let a third party enter the game –a visitor from another planet, for example, someone to whom God says, ‘Thou shalt have dominion over creatures of all other stars’ — and all at once taking Genesis for granted becomes problematical. Perhaps a man hitched to the cart of a Martian or roasted on the spit by inhabitants of the Milky Way will recall the veal cutlet he used to slice on his dinner plate and apologize (belatedly!) to the cow.” 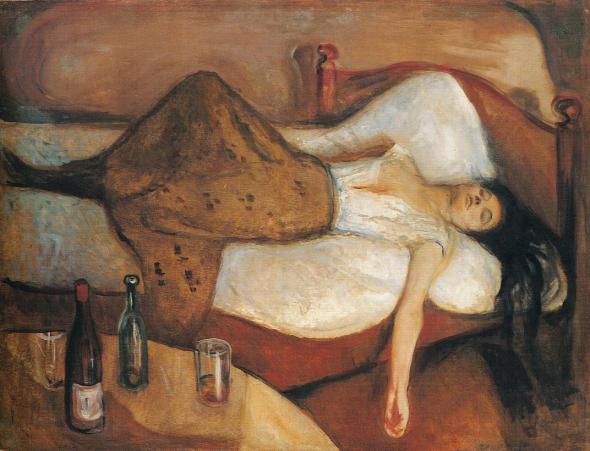 The Day After. Edvard Munch.

Time for me to talk 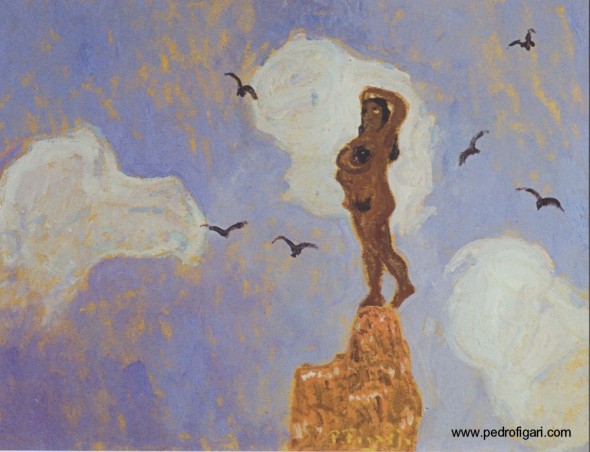